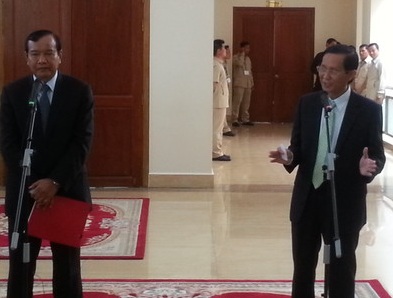 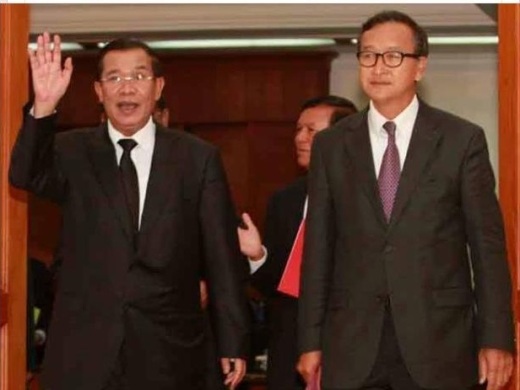 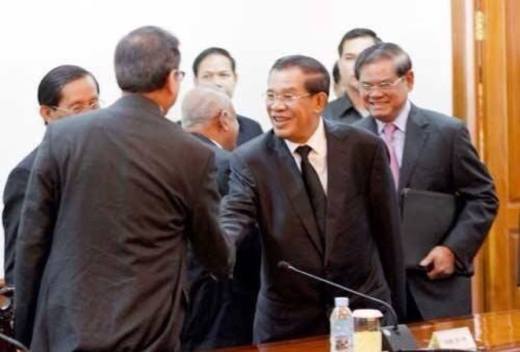 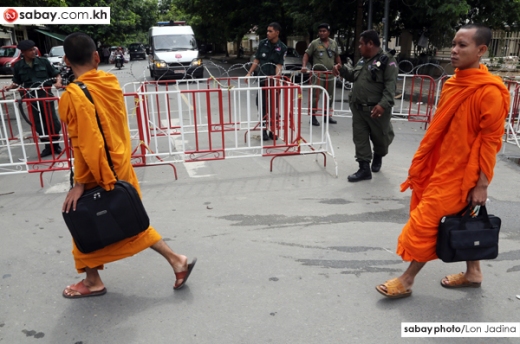 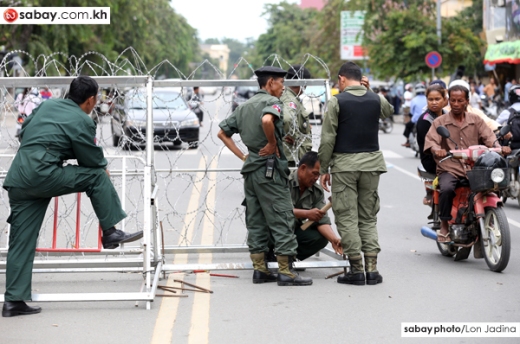 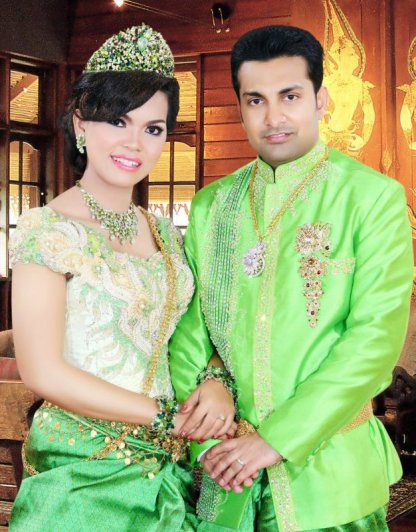 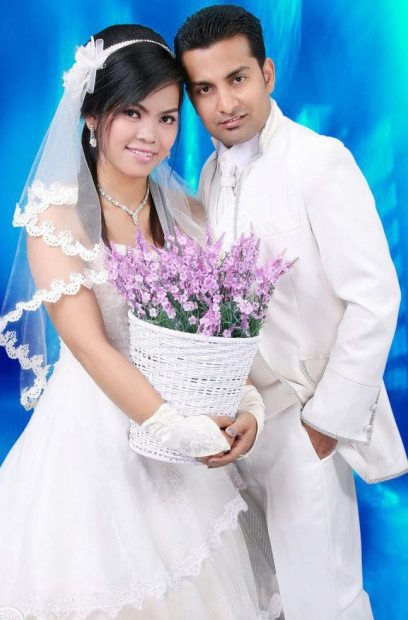 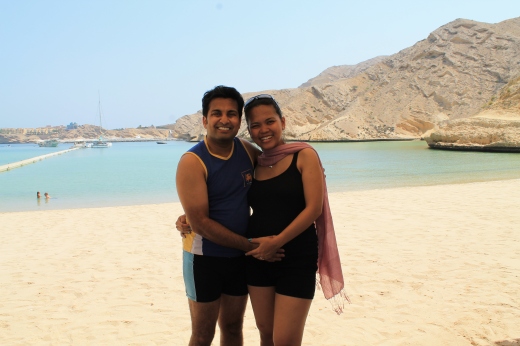 In the same day, the victory party leading by Prime Minister Hun Sen made an announcement to accept the result but Mr. Sam Rainsy who is the leader of opposition party, Cambodia National Rescue Party committed not to accept that result and said he would lead a big and long days demonstration next week.

Opposition party leader said he would never take any part of forming the new government since he found the election was not fair and he demanded for urgent investigation on that. However, that had been rejected.

Sam Rainsy mentioned in the press conference the same day of election result was ratified that the demonstration would be held in few days and it would be longer than the other one that they just did on 7th September 2013. He said it would be held at night and day time as well with the big numbers of demonstrators.

Cambodia held its 2013 election on 28th July and the formal result was ratified on 8th September 2013.

Following is the list of parliament members of 2013 election with the age order. 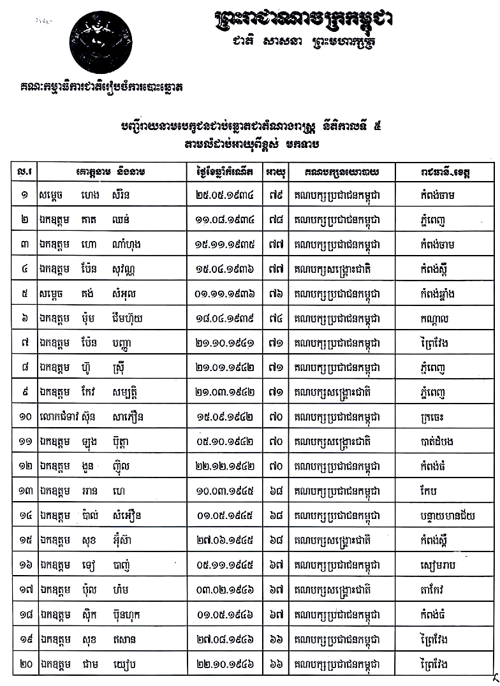 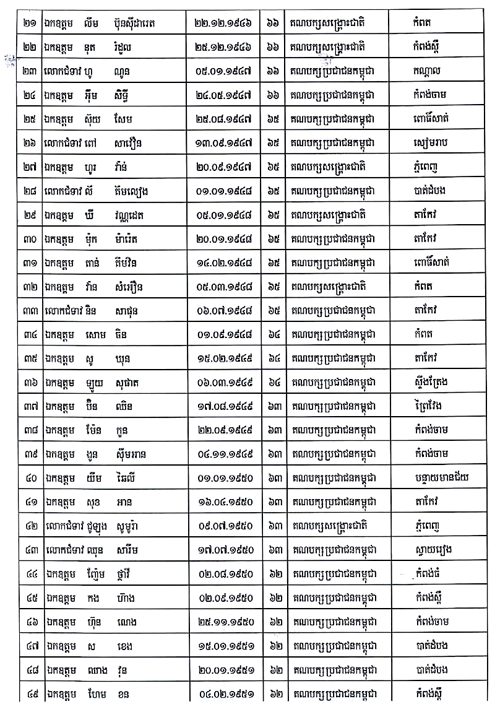 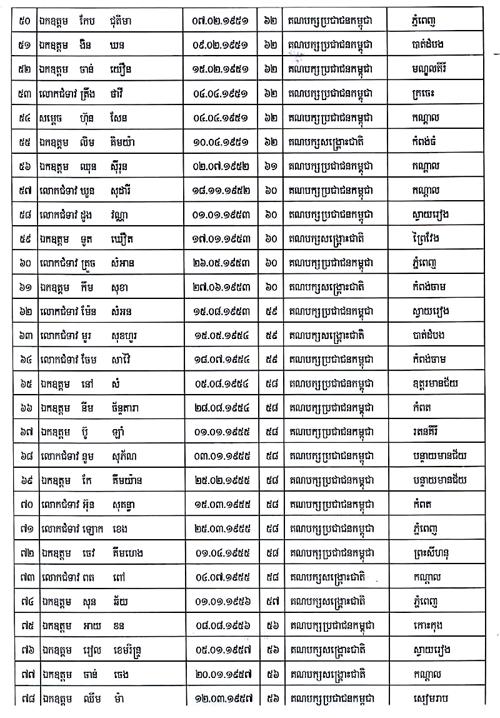 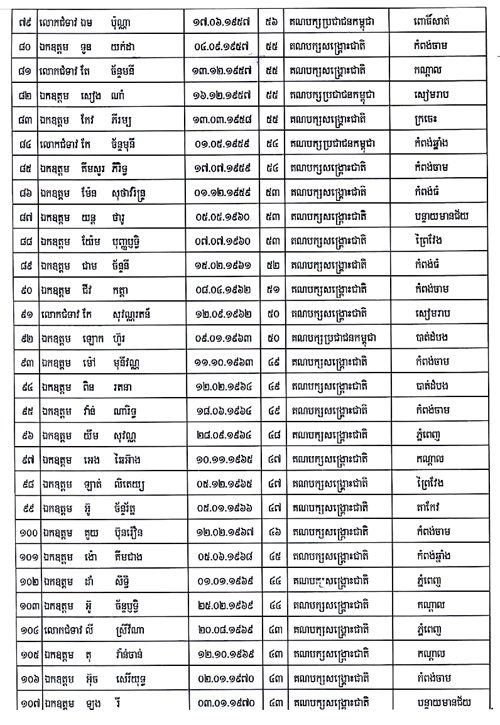 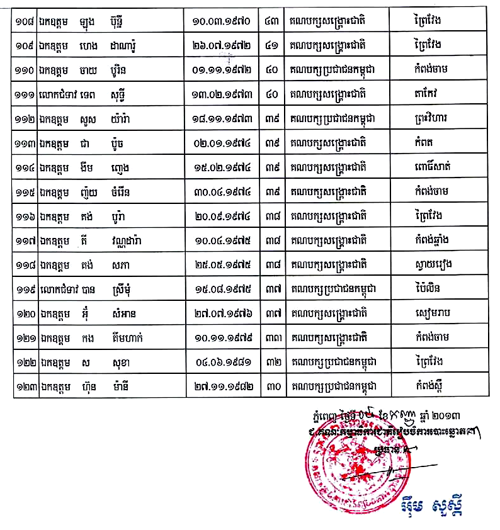 Copying foreign melody is not just appeared now in Cambodian society.  This has been practicing long time ago even in lok ta Sin Sisamuth’s generation. Following are oldest and latest songs with the foreign melodies:

” Sdap sno leng srok leu moat bangouch” is the song was sang by lok ta Sin Sisamuth and it is well known that the melody was copied from one English song titles ” Rhythm of falling rain” by the Cascades in 1963.

The latest song of Cambodian pop star Sokun Therayu ” Bara Bere” now is shaking teenagers heart because of the nice performance with the melody, which is copied from a Brazilian song ” Para Pere”sang by Michael Telo.

So what is your idea for Cambodian song writers about copying foreign melodies? 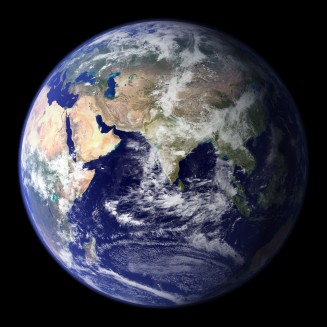 News is easy enough to define. To be news, something must be factual new and interesting.

Being able to identify what will interest readers is called having a news sense. There are all sorts of dictums about news (some of which contradict others): that bad news sells more papers than good news, that news is what somebody wants to suppress that readers are most interested in events and issues that affect them directly; that news is essentially about people that readers want to read about people like themselves, that readers are, above all, fascinated by the lives, loves and scandals of the famous.

It is the nature of people who like knowing bad things more than good things, disaster or murder…etc. However, before you start writing the news; please keep the code of ethic in your mind. 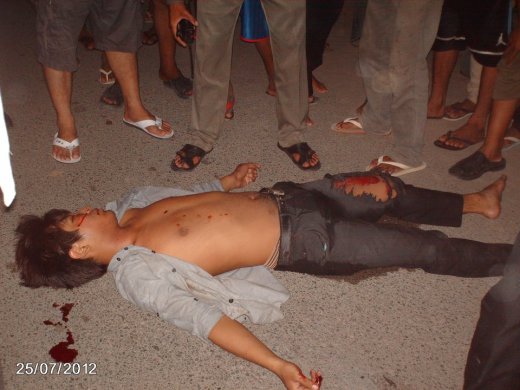 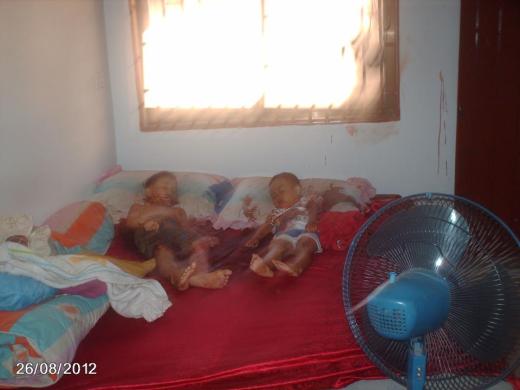 When your readers see these photos, how much they will come to interest? The answer is the most of readers will like seeing it and your papers will be sold well, but it is out of your code of conduct to be the journalist.

SOME HINTS BEFORE GETTING START WRITIING NEWS

What you need to do in your office?

Do not be embarrassed to ask your chief of editor or your senior colleagues if you feel confused what you are trying to find out. Sometime, you might get a better idea for your article.

What you need to do when you are at interview?

Same rule is needed to apply here and try to know more than what the journalists expected to know. Try to get close to what you needed if the answer is still far from the topic by giving the interviewer the straightforward questions, but remember not to argue while you are interviewing and keep control your mind with the polite professional.

Some reason your straightforward questions will give you nothing as the interviewer does not like to talk about that, so please think about more questions that might lead him to your topic.

In worst case, just give your interviewer the relaxed or opened questions, but never forget to turn him back to your topic.

REGULAR QUESTIONS IN YOUR NEWS ARTICLES

–          Second edition of Writing for journalists said Kipling’s six questions- who, what, how, where, when, why- provide a useful checklists for news stories and it is certainly possible to write an intro that include them all.

In general, the six questions should all be answered somewhere in the story – but there are exceptions. For example, in a daily paper a reporter may have uncovered a story several days late. They will try to support it with quotes obtained ‘yesterday’; but there is no point in emphasizing to readers that they are getting the story late. So the exact date on which an event took place should not be given unless it is relevant.

–          DailyWritingTips said another way to think of the inverted pyramid is that you start with the facts and then add the background. So, how do you know what background to add? It’s easy. You can use the 6Ws. Strictly speaking, there aren’t six Ws, there are actually 5Ws and 1H, but the formula seems to work. That mnemonic reminds us to include the who, where, what, why, when and how of a story.

Why is this? Think about how you tell a story to your friends. You might say: ‘You’ll never believe WHO I just saw!’ Then you might go on to tell the story of where the person was, what they were doing, and why it’s scandalous. We all want to hear about people – and that’s what news is about? Look at any news story and you will see that all of this information is in the first two paragraphs. Anything after that is background to the story.

Let me give another example. If I were writing about a car crash, I would say who was involved, when and where it happened, why it happened and how it happened. Those would be the main points and my story might look something like this:

Two people sustained serious injuries in a car crash at Hill Road at 6am today. The collision happened when Mr. Smith swerved into the opposite lane to avoid a dog in the road. Ms Jones, who was in that lane, was unable to stop in time. Both Mr. Smith and Ms Jones have been taken to the local hospital.

This is not a perfect example, but you get the idea – and now you can write the news too.

–          About.com Media Careers said most people have heard of the 5 W’s, even if they’ve never taken a journalism class. The W’s in question, as you probably know, refer to the Who, What, When, Where and Why that every story should address. Depending on what the story is, how and when you answer those W’s may change. If, for example, you’re reporting on a drive-by shooting in a city, you’ll likely start with where the crime happened (what street or area of town for the local paper) and who was involved (if you don’t have names, or the people are regular citizens, you might refer to notable affiliations if, say, the victim and presumed perpetrator were gang members).

King Sihanouk, who had been a frequent visitor to China where he received most of his medical treatment, died of a heart attack, according to his longtime personal assistant Prince Sisowath Thomico.

“It’s painful. I am full of sorrow,” he said of the former monarch who abruptly quit the throne in October 2004, citing old age and health problems.

“King Sihanouk did not belong to his family, he belonged to Cambodia and to history,” Prince Thomico told AFP. 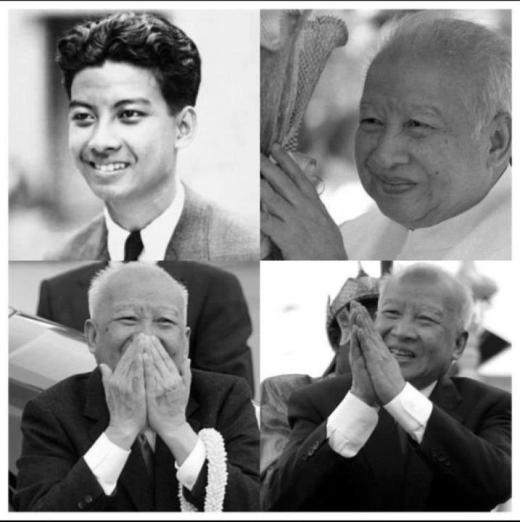 The royal, a keen filmmaker and poet whose six marriages lent him a reputation as a playboy, steered his country through decades of painful political and social convulsions, from independence to civil war and invasion.

Renowned for unpredictability, Sihanouk repeatedly switched allegiances as the political climate changed, including backing Khmer Rouge guerrillas before he was himself imprisoned by them.

The fanatical communist regime caused the deaths of up to two million people, including five of Sihanouk’s 14 children.

Sihanouk, who had fought a long battle with health problems that dogged his final years, including cancer, diabetes and heart problems, remained a staunch supporter of China. He saw it as a “second home” and spent much of his time there, accompanied by his devoted sixth wife Monique.

Cambodia woke to the news of their former monarch’s demise on the final day of the annual festival for the dead known as Pchum Ben, when most people leave the capital Phnom Penh to spend time with their families in the countryside.

Both men were seen sobbing quietly as they greeted each other with an emotional embrace before boarding the plane as flags lining the airport building flew at half-mast.

In the capital, families flocked to temples to bring food and money offerings to Buddhist monks, honouring their dead ancestors who are believed to emerge to walk the earth during this time.

Young and old said they would add the country’s beloved former king to their prayers.

“I heard from the older generation that he tried his best to help the people of Cambodia,” said 20-year-old Sochakrya Theng at a pagoda near the Royal Palace. “I will say a prayer for him,” the university student told AFP.

Television stations broadcast footage of Sihanouk, who remains hugely popular in Cambodia, while social networking sites like Facebook buzzed with condolence messages and shared pictures of the late king.

Cambodians would likely remember Sihanouk’s time in power “as a golden age, without very much reflection on the deeper, darker aspects of the period when he was in power, when it was very dangerous to say anything critical of him”.
Sihanouk was placed on the throne in 1941 at the age of 18 by French colonial authorities.

Twelve years later he gained Cambodia’s independence and abdicated shortly afterwards for the first time in favour of his father Prince Norodom Suramarit, to pursue a career in politics.

He served as premier half a dozen times, repeatedly leaving the post with a characteristic flash of theatrical anger over perceived slights, until finally becoming “head of state” following the death of his father in 1960.

He was toppled in a US-backed coup by one of his own generals, Lon Nol, in 1970, prompting his pact with the Khmer Rouge that would have disastrous consequences for the country and his own family.

The movement used him as a figurehead as they seized power before putting him under house arrest in the royal palace with his household during their murderous 1975-79 rule.

Sihanouk, who was close to Chinese revolutionary leaders Mao Zedong and Zhou Enlai, fled to China before the Vietnamese invaded and toppled the Khmer Rouge. He was to spend increasing amounts of time in the country as his health failed.

He also had at his disposal a 40-room palace in Pyongyang, a gift from the then-North Korean leader and close friend Kim Il-Sung.

Sihanouk was credited with helping to make 1991 UN-sponsored peace accords possible. He triumphantly regained the throne in 1993.

After abdicating for the final time, he received the title of “King-Father” to a people he referred to as his “children”.

September of 2012, flooding became hot topic for many media agencies in the same time some people were killed and left their home for safety. 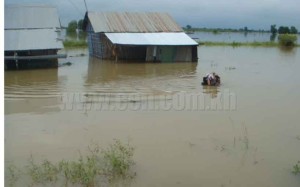 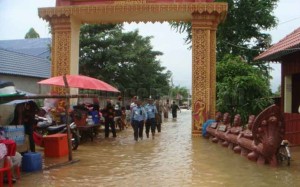 Recently Radio Free Asia reported that seventeen villages of Pouk district, Siem Reap province is also threatened by flooding and the local people were releasing from their houses. 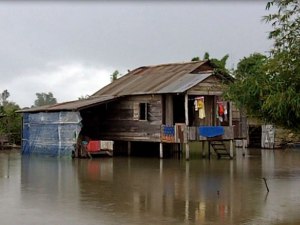 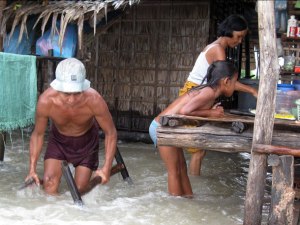 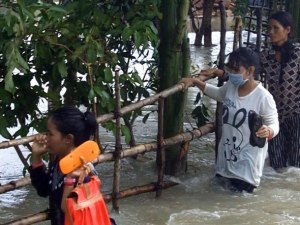 Even Cambodian government did not do the big any announcement or warn about the big impact of flood disaster in their country yet but they are working to solve this problem in a few provinces of Cambodia.